Populations of plants and animals are constantly attempting to adapt to the shifts and changes in their environment. For example, within a decade after Roundup herbicide came into general use in the Midwest, Roundup-ready weeds began to appear. As farmers increased the concentration to kill them, the weeds kept pace, finally reaching tolerance levels that began to harm Roundup-ready crops. The chemical manufacturers began to add other herbicides, like Dicamba, to their potions, and today subsequent populations of superweeds have begun to adapt to these mixes also.

Weed populations in annual crops are mostly annuals, giving them the advantage of a new generation each year, some of which are slightly better adopted to herbicides. Field corn breeders help keep the odds in their favor by growing a summer generation in the Midwest and a winter generation in Hawaii, giving them 20 generations to manipulate in a decade.

Likewise, given enough generations with some survivors, many species can gradually change to adapt to their environment. Some of these resulting adaptation patterns in animals are easily observed by us, including for example: 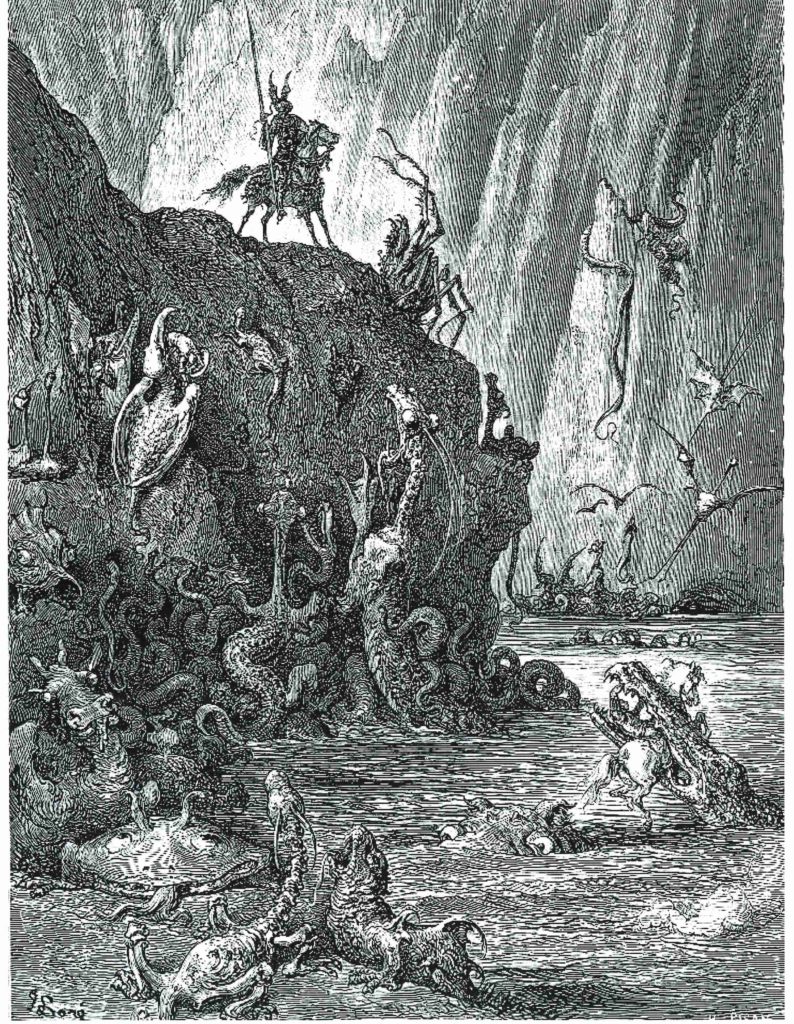 Today, take each Dore creature individually and use the above types of criteria to figure out its role in habitat. What does it eat? How does it hunt? Does it migrate? Can it hibernate? And what species of real-world critter might it have developed from? What environmental circumstances might have nudged a population to develop like that? Or maybe such critters have already developed in the past, do any of them look like species we know from the fossil record?

After you have considered the above questions, try moving on to creating your own species. Create some imaginary niche and then design the critter that could specialize in thriving there. For example, how about designing a bird that walks on waterlily leaves and spears minnows with its beak? Or how about creating an amphibian that lives in an underwater burrow and sneaks into alligator nests to steal eggs? Make a drawing of your critter in their niche.